The Republic of Cyprus is the third largest island in the Mediterranean Sea and is located on the eastern part of it. Cyprus has been a member state of the European Union since 2004. It is a modern cosmopolitan country that marries European culture with a rich history. The island of Aphrodite, as it is known, holds a geographical position between three continents: Europe, Asia, and Africa. 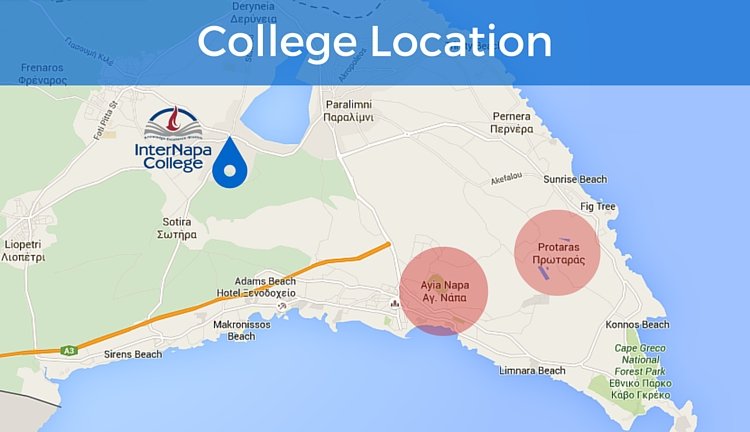 The College is located on the eastern part of the island in the municipality of Sotira, very close to two of the most popular European tourist destinations, Ayia Napa and Protaras. This location makes it ideal for studies in Hospitality Management and Culinary Arts. Students of the College have the added advantage of being able to carry out their summer internships at well-known hotels and restaurants.

Student accommodation is located in Ayia Napa, offering students a vibrant environment during their studies here. There are several bus connections to college taking around thirty minutes.